I’ve always been a keen photographer so it was natural that I would take a few photos when I started playing paintball in 1989. One thing lead to another and I ended up writing for Paintballer magazine and photographing many of the early tournaments held in Victoria Australia in the 1990s. 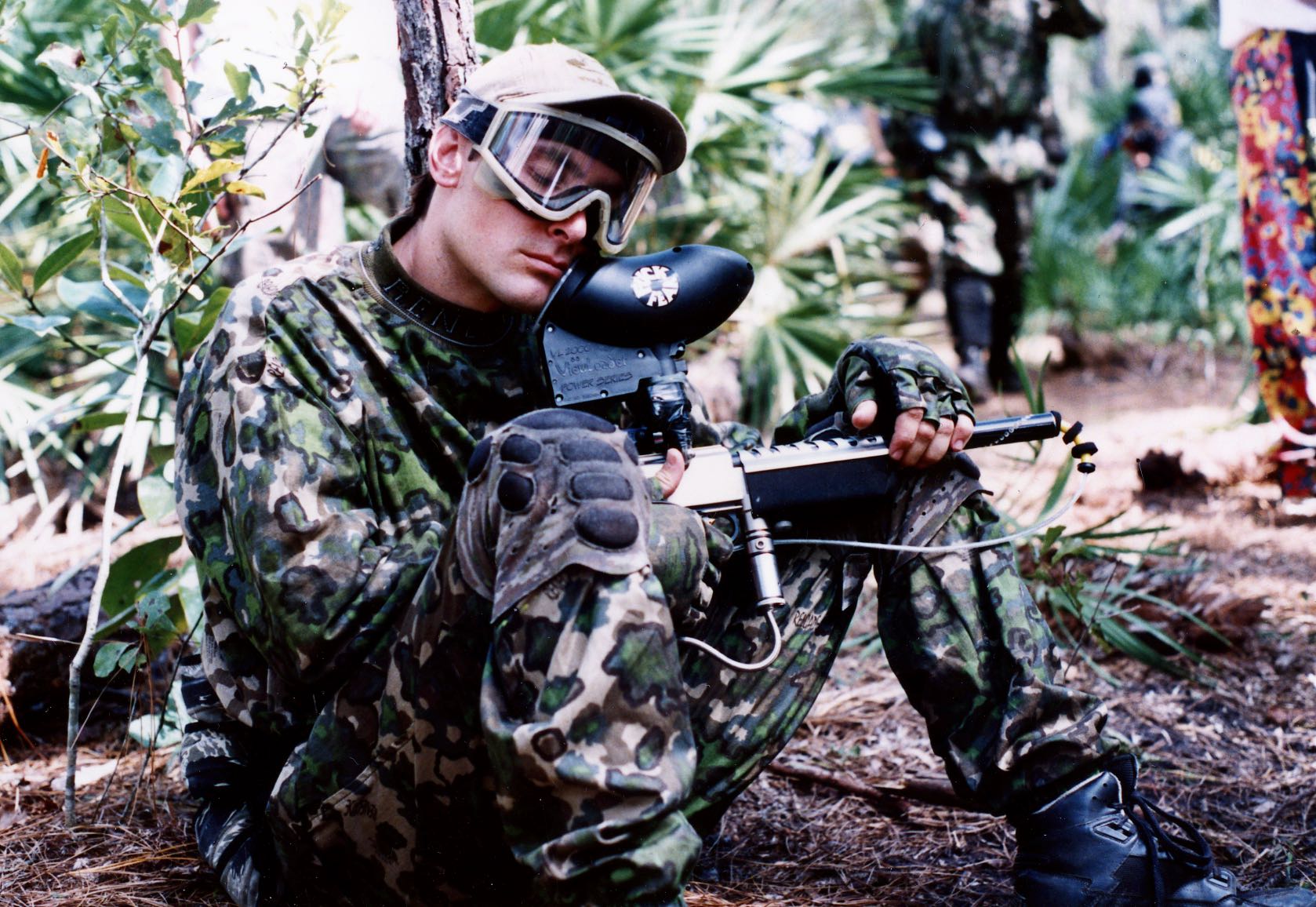 Before the advent of digital cameras, snapping shots at a paintball game required a bit of coordination. The first obstacle was using the viewfinder on a 35mm SLR film camera. With a mask on you couldn’t see the whole of the frame through the viewfinder clearly and focusing could be a bit hit and miss (there was no autofocus on cameras back then).

I usually used 100 ASA Kodak or Fuji colour film because of its fine grain (I found 400 ASA just a bit too grainy for my taste and 200 ASA was not readily available at the time). Using a slow film like 100 ASA meant that you ended up with a shallow depth of field in low to medium light situations, so focus control became critical.

Terrain was also a factor. Photographing tournaments on bushball fields was a lot different to today’s speedball, you really had to get in amongst the action. But you also had to take care not to get in the way or give away a player’s position.

The number of shots taken at each tournament was a lot lower than today too. Film and processing costs had to be taken into account. Typically I would use just two rolls of 24 or 36 exposures for the day. But since only a handful of photographs were needed for publication this wasn’t an issue.

The zoom lenses of the period were not very good in my opinion either. The pictures they produced were rather soft and they had pretty poor light gathering ability so for this reason I went with prime lenses. 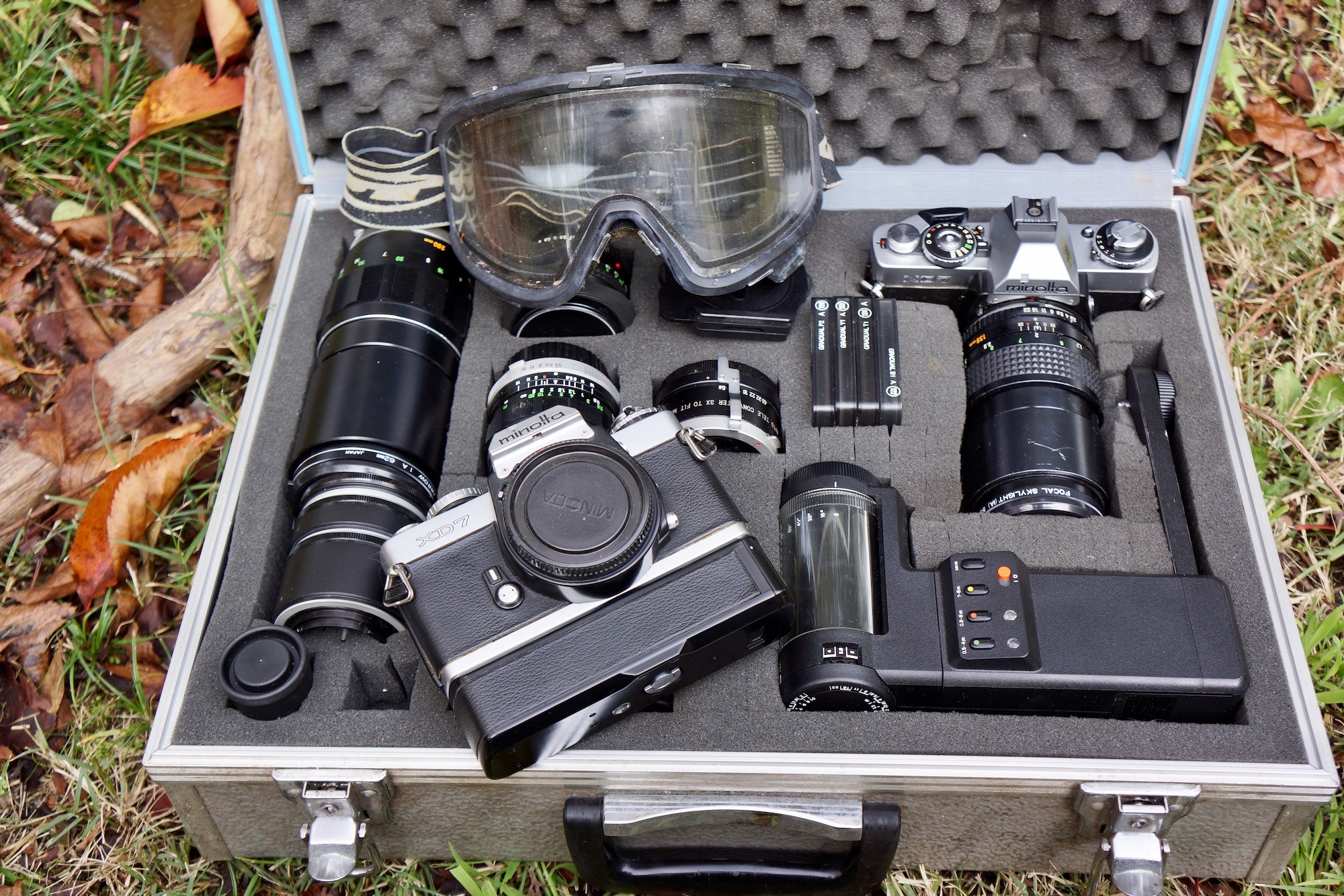 My kit consisted of two Minolta XD7 35mm SLRs and four prime lenses. These were Minolta Rokkor 200mm MC, 135mm MC, 50mm MD and 28mm MC lenses. I usually carried both cameras onto the field, one fitted with the 50mm and the other the 135mm. If distance was an issue I replaced the 50mm with the 200mm. Both cameras were fitted with power winders for ease of follow up shots. 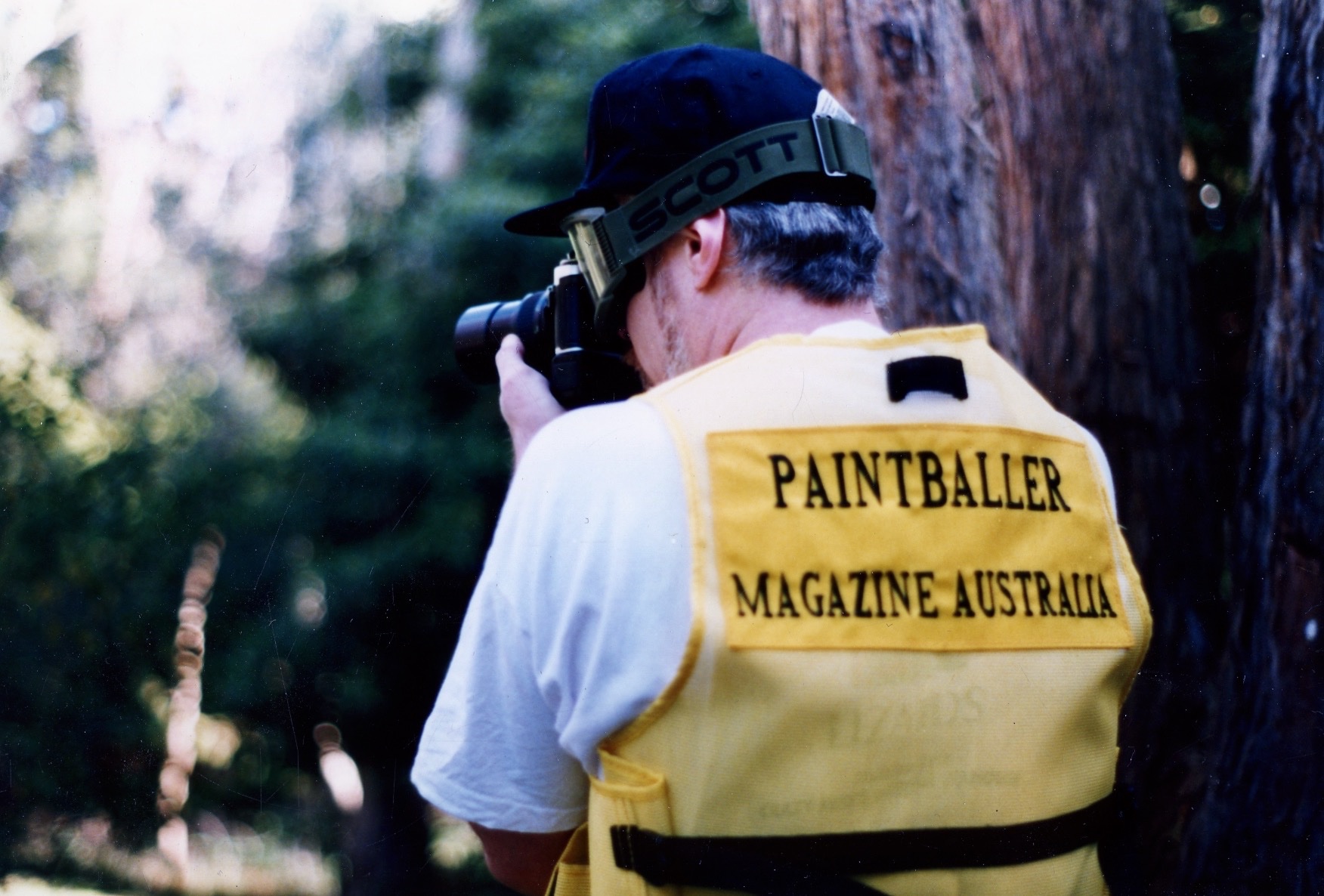 I used these cameras all through the nineties and still have them today. I really like the look of film because it has a much more organic look than digital. Unfortunately film ages or degrades over time. When scanning photographs that are over twenty years old care has to be taken to restore as much of the original colour as possible. Dust and scratches also have to be delt with. Digital is so much easier to live with.

One last thing I should point out is that all the photos shot on film that I’ve posted so far have been scanned from prints and not the original negatives which does limit their resolution a bit.